Skip to main content
It looks like you're using Internet Explorer 11 or older. This website works best with modern browsers such as the latest versions of Chrome, Firefox, Safari, and Edge. If you continue with this browser, you may see unexpected results.

1970 was a revolutionary year in Irish pop.

The Top Hat year began with the highly regarded Pat Lynch and the Airchords. Yet something radical was happening in Irish popular music and this was crystal clear in Dún Laoghaire. Ireland was experiencing a ‘pop’ moment. While showbands had always evoked a sense of fun and had produced some outstanding musicians and vocalists, they were constrained. 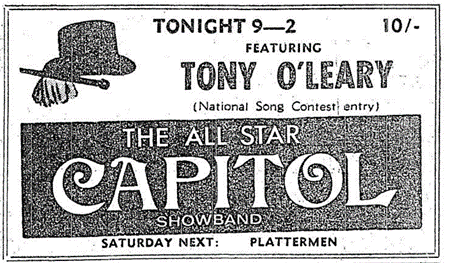 The All Star Capitol Showband 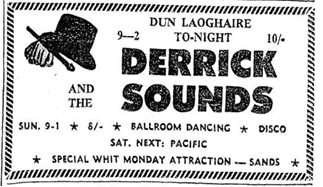 Derrick and the Sounds 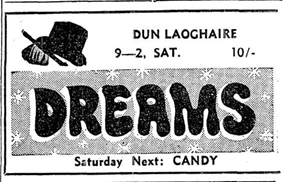 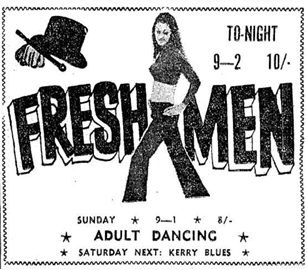 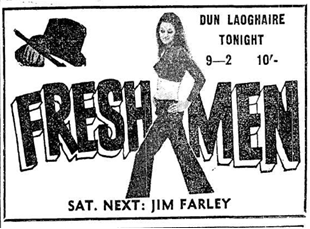 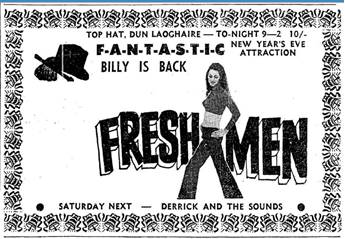 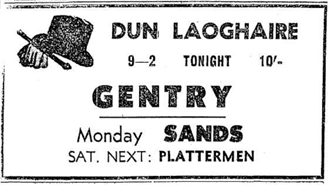 Pat Lynch and the Aircords 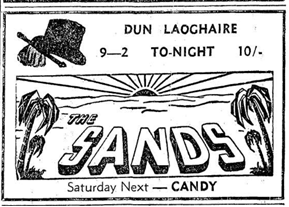 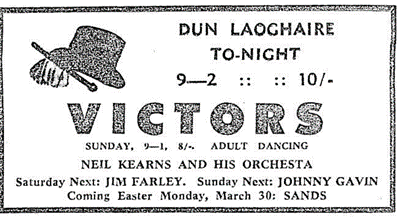 The Pop Scene in Ireland

People don’t appreciate how quickly the showbands adapted and innovated. You can hear that change in the bands of 1970 - there is a palpable sense of personal liberty and freedom in some of the great bands playing the ballrooms from the 1970s onwards. You can even see it in their band names. Gone were the days when a lead singer could be backed by any group of young lads. Now audiences, and band members, demanded high standards. They wanted style, substance and soul. And they got it. Listen to The Miami and you will be impressed by Fran O’Toole’s vocal ability and his sublime, masterful sense of song. The bass-playing of Stephen Travers is still one of the best accomplishments of Irish rock and pop. The Plattermen’s Rob Strong oozed gutsy bluesy soul.

Pop acts can often be under-appreciated. While The Freshmen’s vocal abilities have been rightly praised, the pop acts often had intricate arrangements, well-executed harmonies and dynamic musical interplay. The ballroom audiences would quickly let an act know if they were falling short.

1970 was the year Irish pop broke internationally, with Dana’s Eurovision triumph, but local pop-pickers in Ireland would have known that something special was happening at home. Although the soon-to-be-huge, Gilbert O’Sullivan had to emigrate to bring Irish pop to the world, some truly great pop was being produced in Ireland. That pop sensibility is clear in the changing style of band names. The new names were snappy. They grabbed your attention. Most importantly, from a visual and marketing point of view, they made an impression.

In 1970 the Top Hat hosted: The Times, The Clouds, The Casino, The Sands, The Pacific, The Freshmen, The Victors, The Capitol, The Gentry. Those names stood out on posters and newspaper ads. Often the ‘The’ was dropped, people know Sands were The Sands. This was sophisticated branding. That said, perhaps the most sophisticated and smart piece of branding in Ireland’s entertainment industry then was the Top Hat’s own corporate logo. The venue didn’t even have to put its own name in newspaper ads. Every dancer recognised the image of the black top hat. It meant dancing and fun in Dun Laoghaire. That sense of fun is best seen in the new one-word band names of the time: Candy, Dreams, Chips. These names evoked holidays, romance and freedom.

Some ads stood out. The Sands, with their simple, yet effective, palm tree logo made an instant impression. The Miami ads included face pictures of the entire band. But in 1970 the outstanding ad was The Freshmen’s. It didn’t depict the musicians, it showed a young female dancer, mid-rift bared, trousers flared, stepping into a new decade and part of Ireland’s revolution in pop.